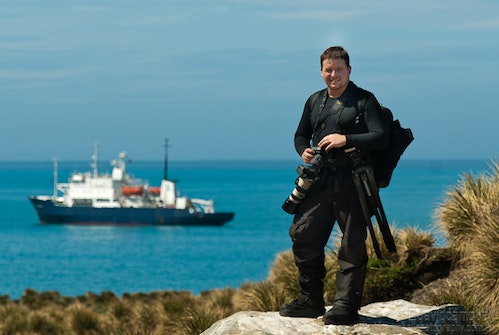 Born in Melbourne, David’s love of landscape, nature and travel photography began when he had the opportunity of exploring Australia’s best limestone caves under Mole Creek, Tasmania in 2000.

This was a rare opportunity to gain access to the permit controlled cave systems.  Using his father’s Canon AE-1 film camera, David headed underground to capture the beautiful crystal formations and underground river systems, using light triggered remote strobes. Never before photographing in complete darkness, David was delighted with the developed film prints. From that point onward he fell in love with still photography.

In 2006, whilst working for Toyota Motor Corporation in Japan, as an automotive mechanical design engineer, David purchased his first digital camera. Travel photography then became his hobby whilst exploring the more remote areas of Japan.

In 2009, David’s hobby became a true passion with a trip to Iceland, which he found to be a photographically rich country. Since then, he has extensively travelled around the globe in photographic pursuits. David has travelled to the following regions:

Photography engages David fully, due to the balance of creative and technical challenges, as well as his being at one with nature. Recently, David has developed a greater interest in natural phenomenon.